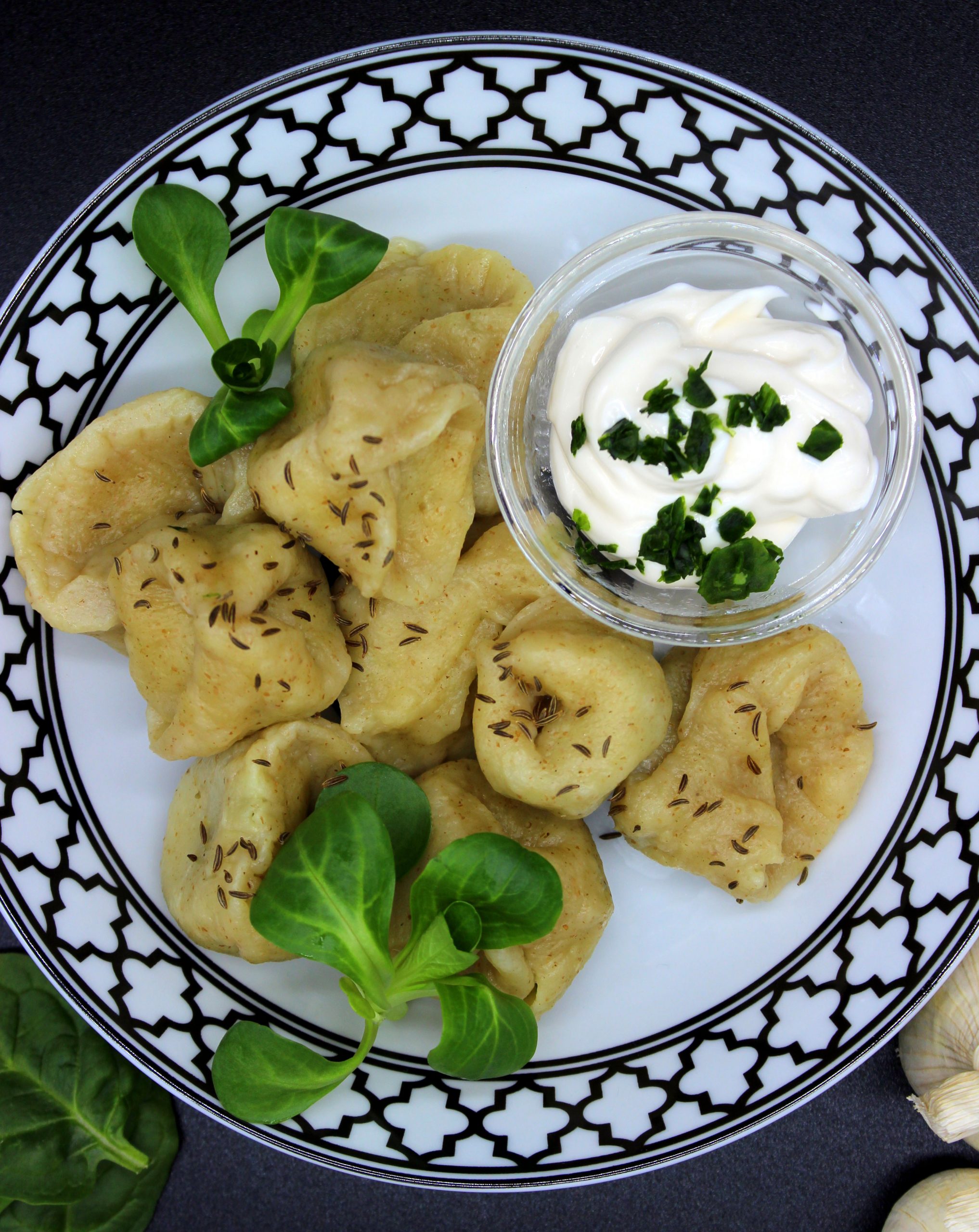 Have you ever tried pizza? – Most probably yes. Have you ever tried the Italian ravioli? – I’m quite sure that you have. But have you tried the Russian cousin to ravioli which is called “pelmeni”? – Maybe yes and maybe not. In case you haven’t tried them, I have an easy recipe for you to make a vegan version of pelmeni at home. So here they are – my vegan Russian dumplings with spinach and mushrooms… Read more 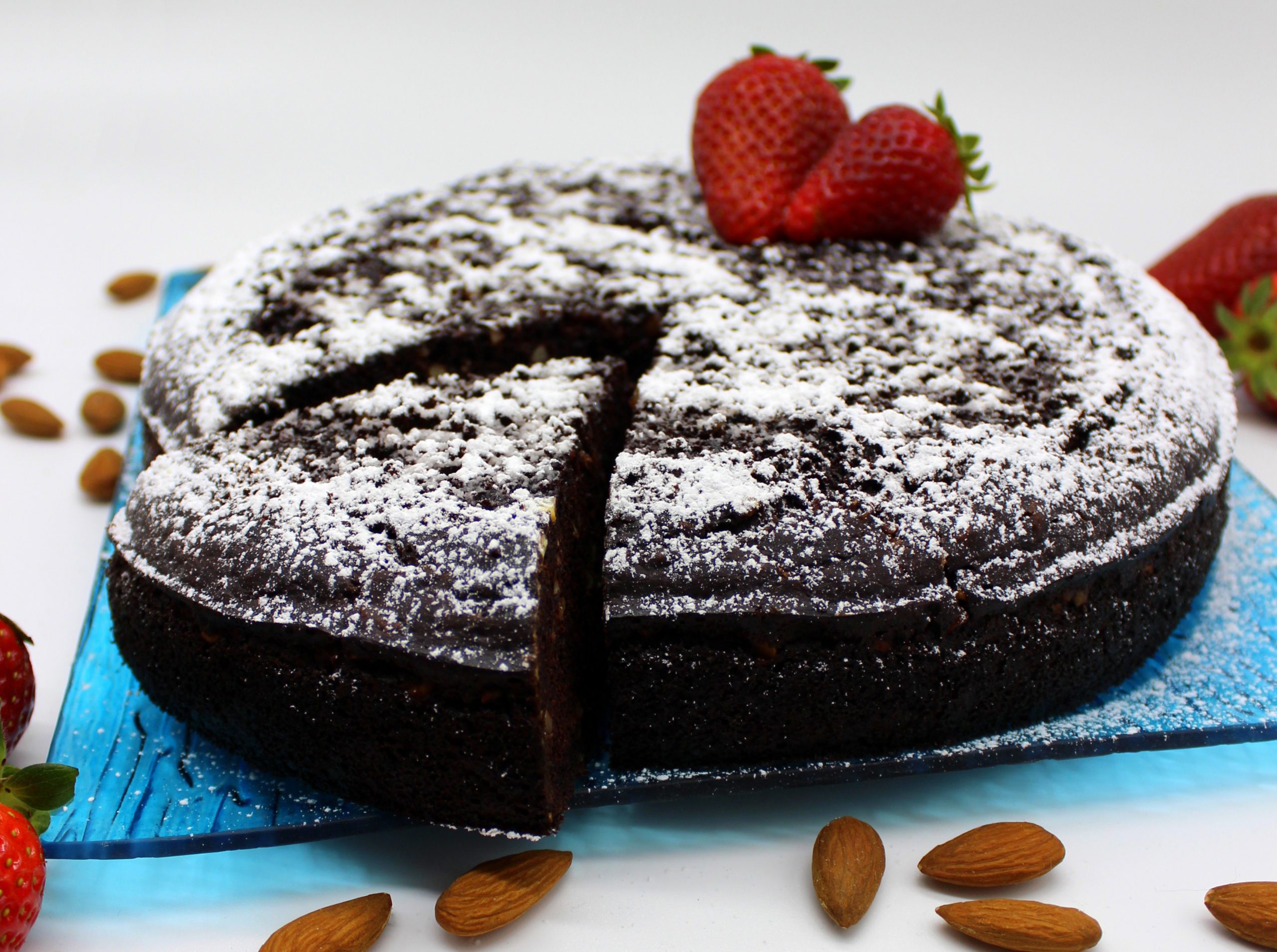 Probably you know the situation when you’d like to eat something sweet, but it seems that there’s nothing at home that fits your wish. Moments like these tend to be the ones when we experiment in our kitchen with the few ingredients that are at our disposal. At least that’s what I did, when I made this easy vegan chocolate – almond cake… Read more

Usually people think that it’s hard to get your belly full with vegan food. But that’s definitely not true! Also the dishes that in their original version are quite heavy and filling, made vegan can still fill you up very quickly. Just in a healthier way! And without causing any harm to animals, of course. A great example of such a dish is my easy vegan Shepherd’s pie… Read more 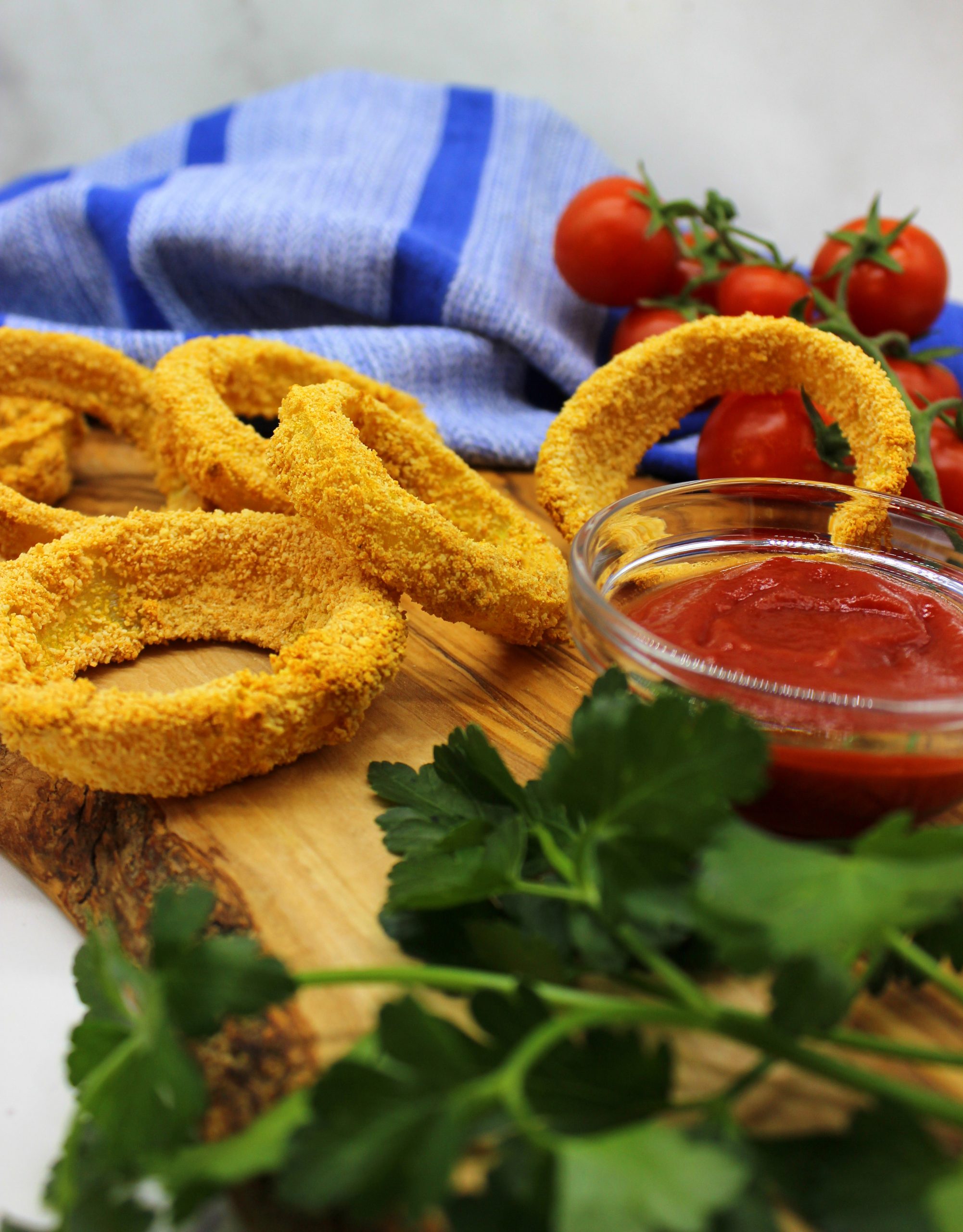 When I think about onion rings as a snack, the first thing that pops in my mind is “unhealthy”. Why? – Because usually onion rings are fried in oil. But not this time! As you already understood from the title, these healthy oven-baked vegan onion rings are not fried in oil. They are baked in the oven, in such a way completely excluding the usage of oil… Read more 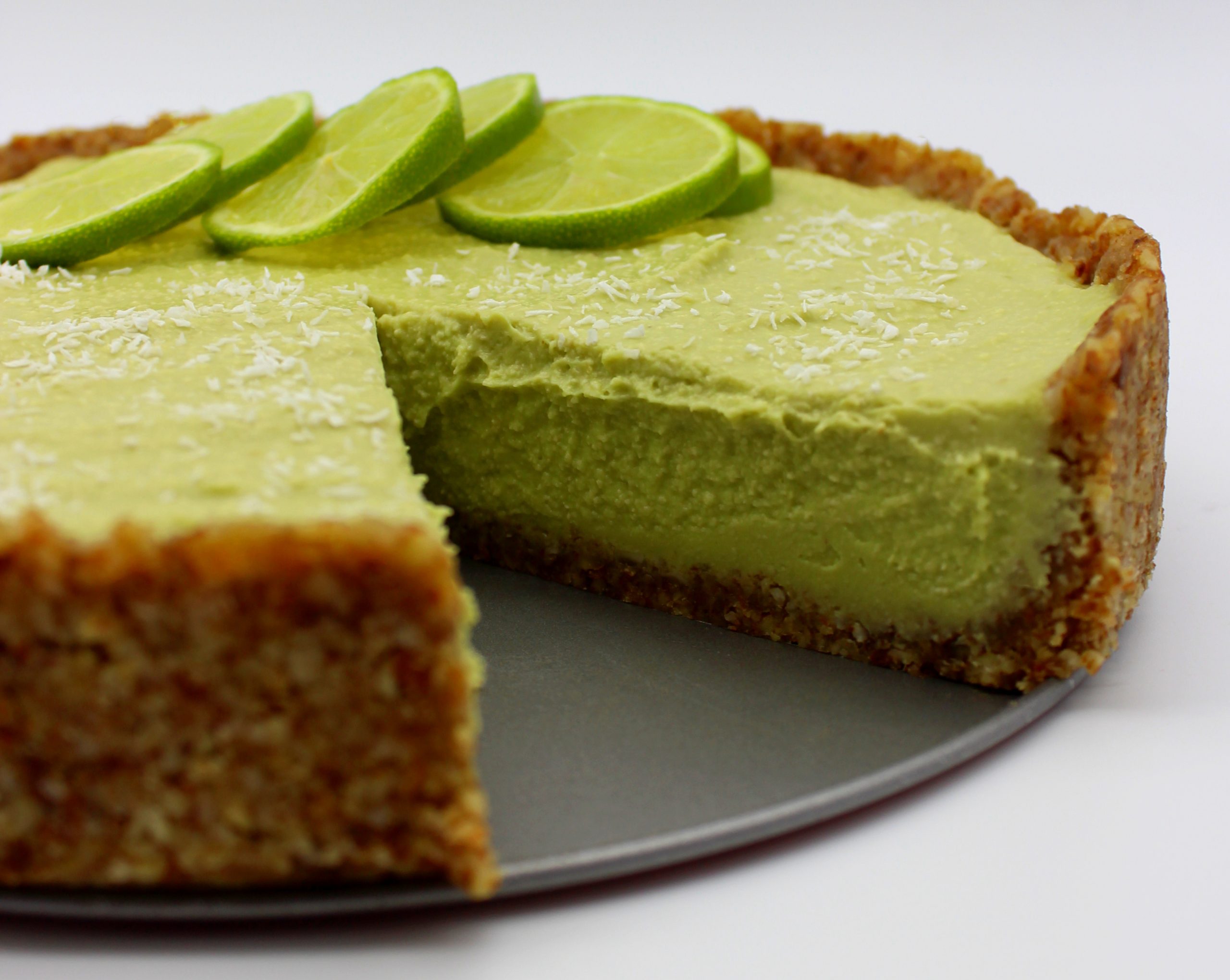 Almost everyone loves cakes – that’s a fact! Some people love sweet cakes, others – sour and refreshing cakes. This creamy vegan lime and avocado cheesecake is perfect for people who give preference to refreshing and delightfully sour cakes… Read more 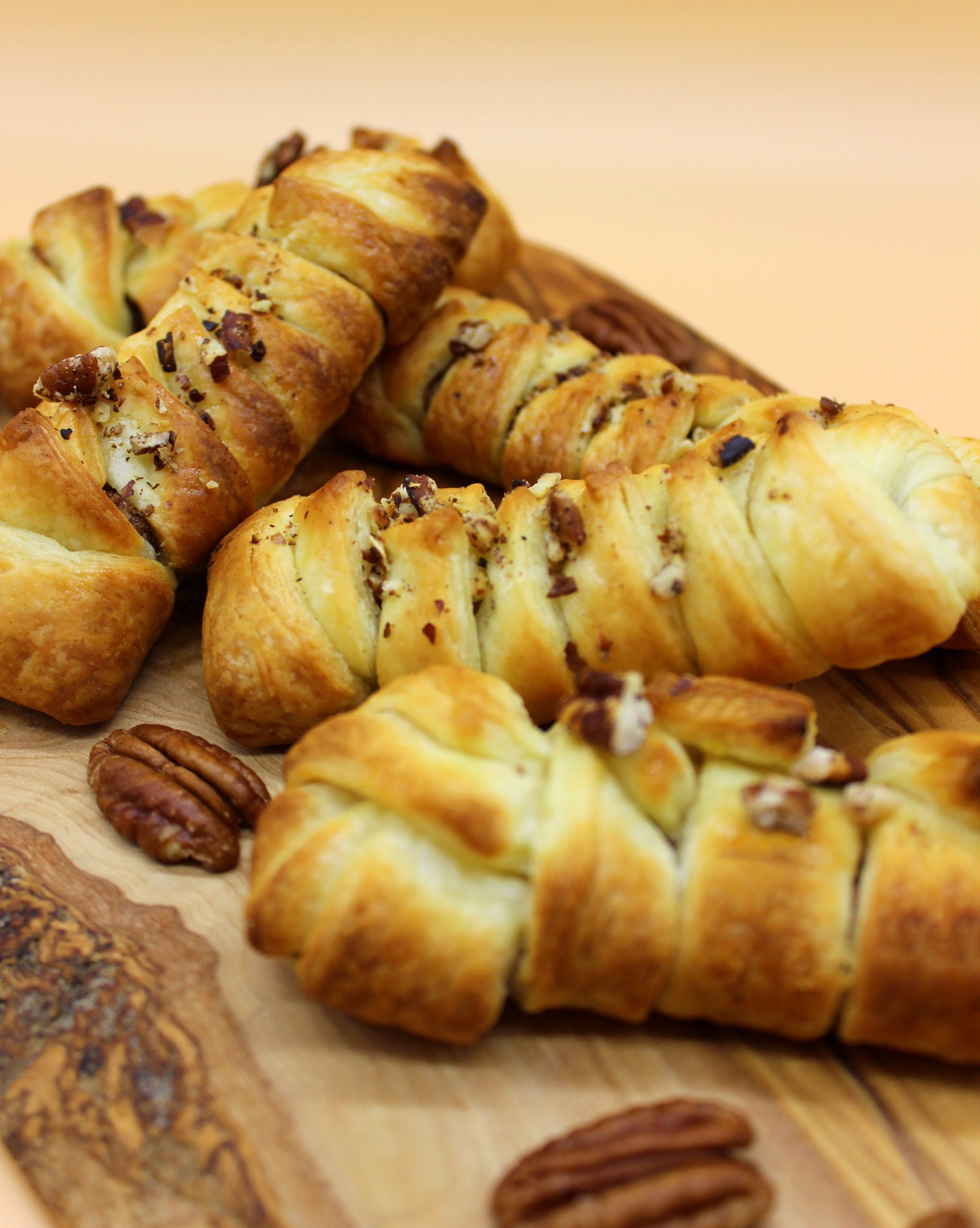 Even though pecan nuts are not the most popular nuts, they still don’t deserve to be forgotten. Being visually and taste wise somehow similar to walnuts, people tend to use more often the second ones. Pecan nuts are definitely not the most economic snack in the world, but for this recipe no other type of nuts are better than pecans. That’s why let me introduce you to vegan pecan braided buns that can become your new favorite sweet treat or breakfast snack… Read more 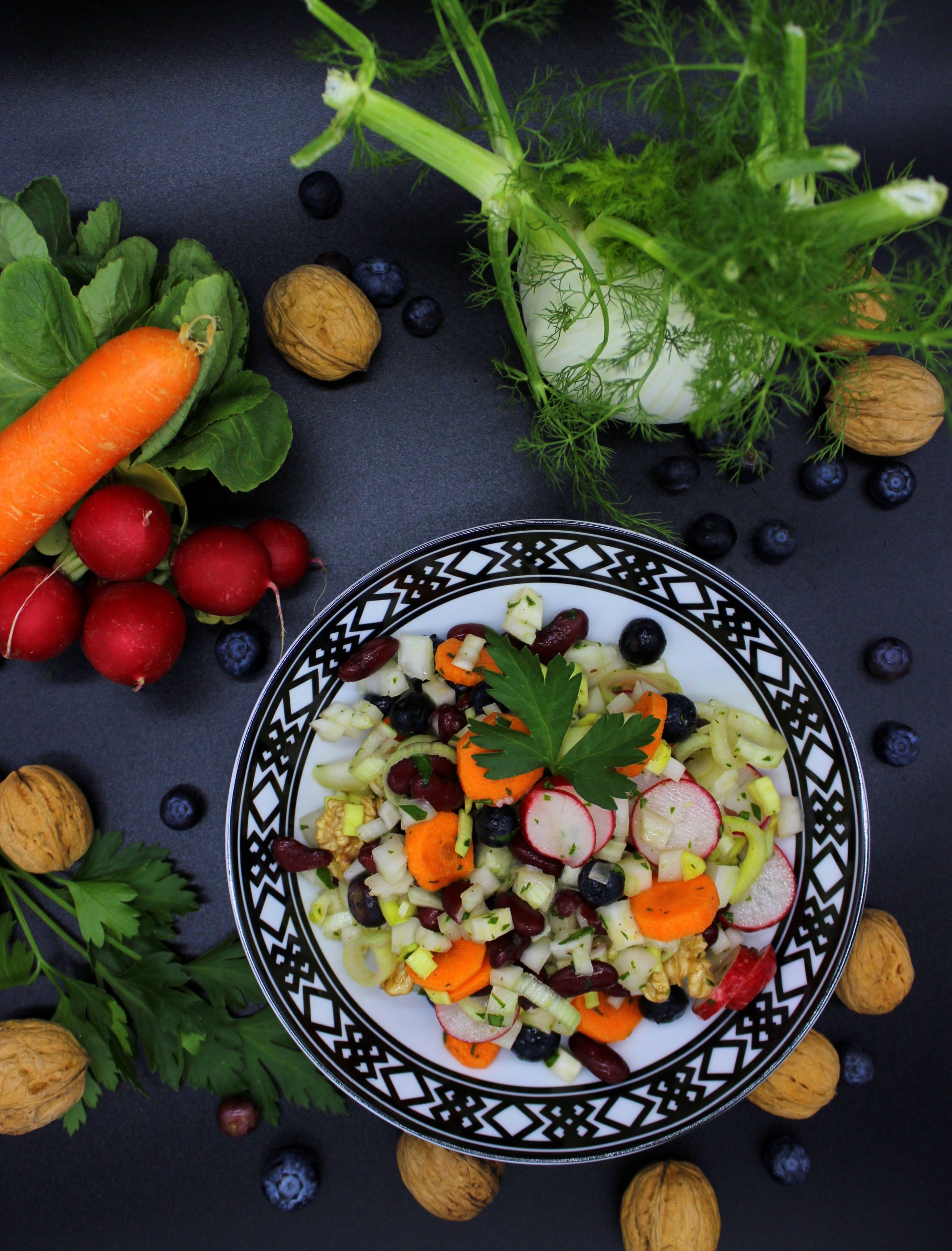 Protein probably is one of the most popular things that non-vegans are concerned about. Yes, yes, I didn’t make a mistake – I really meant non-vegans, not vegans. Why? Because vegans know very well that you can get protein from plants without big effort. And this healthy fennel protein salad is a great example of it. But not just of that! With this salad you can fill your body also with other valuable nutrients… Read more 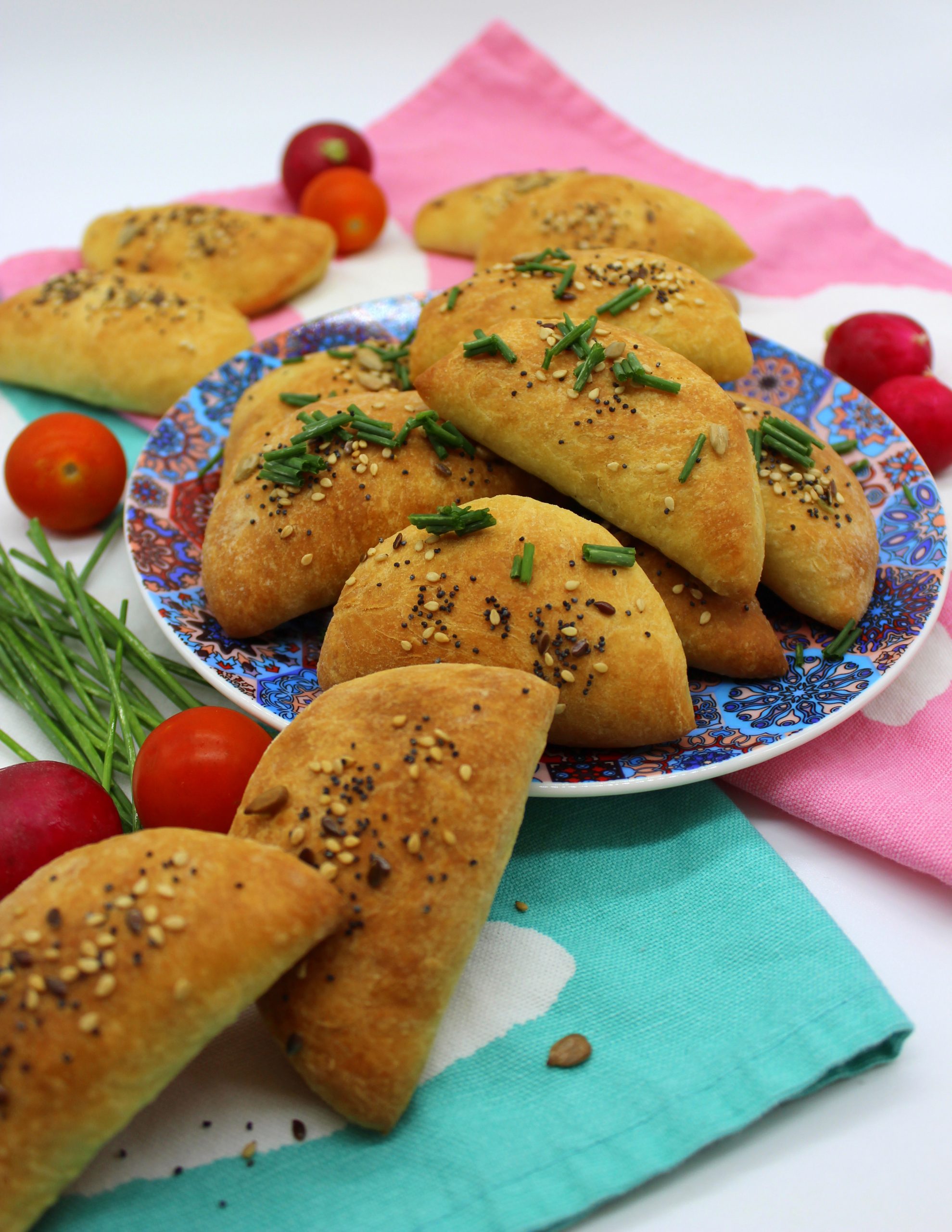 People who are not familiar with Latvian cuisine, probably won’t understand easily what exactly yeast-free vegan seitan pies with leek are. Probably the closest comparison would be with empanadas. But basically, it’s a vegan version of a delicious snack that Latvians eat mostly around Christmas. The original version unfortunately contains animal products, but the thing that I have learned as a vegan, is that you can veganize basically everything. The only thing that you might need is a little bit of creativity… Read more 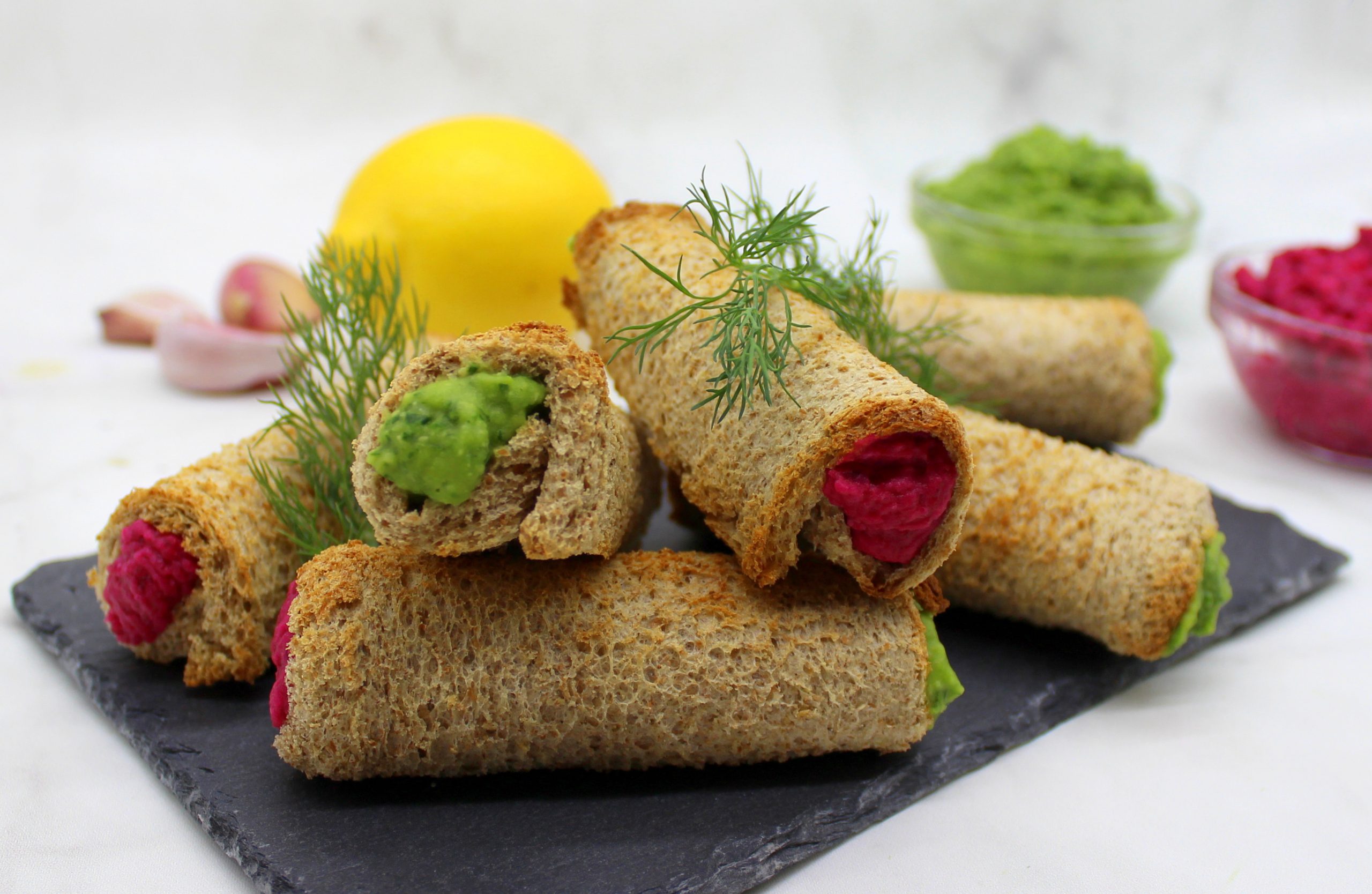 People, who know something about veganism, probably have heard that some food products vegans consume quite often, for example, hummus. But hummus with vegetable snacks or a simple toast with hummus after a while can become boring… Read more 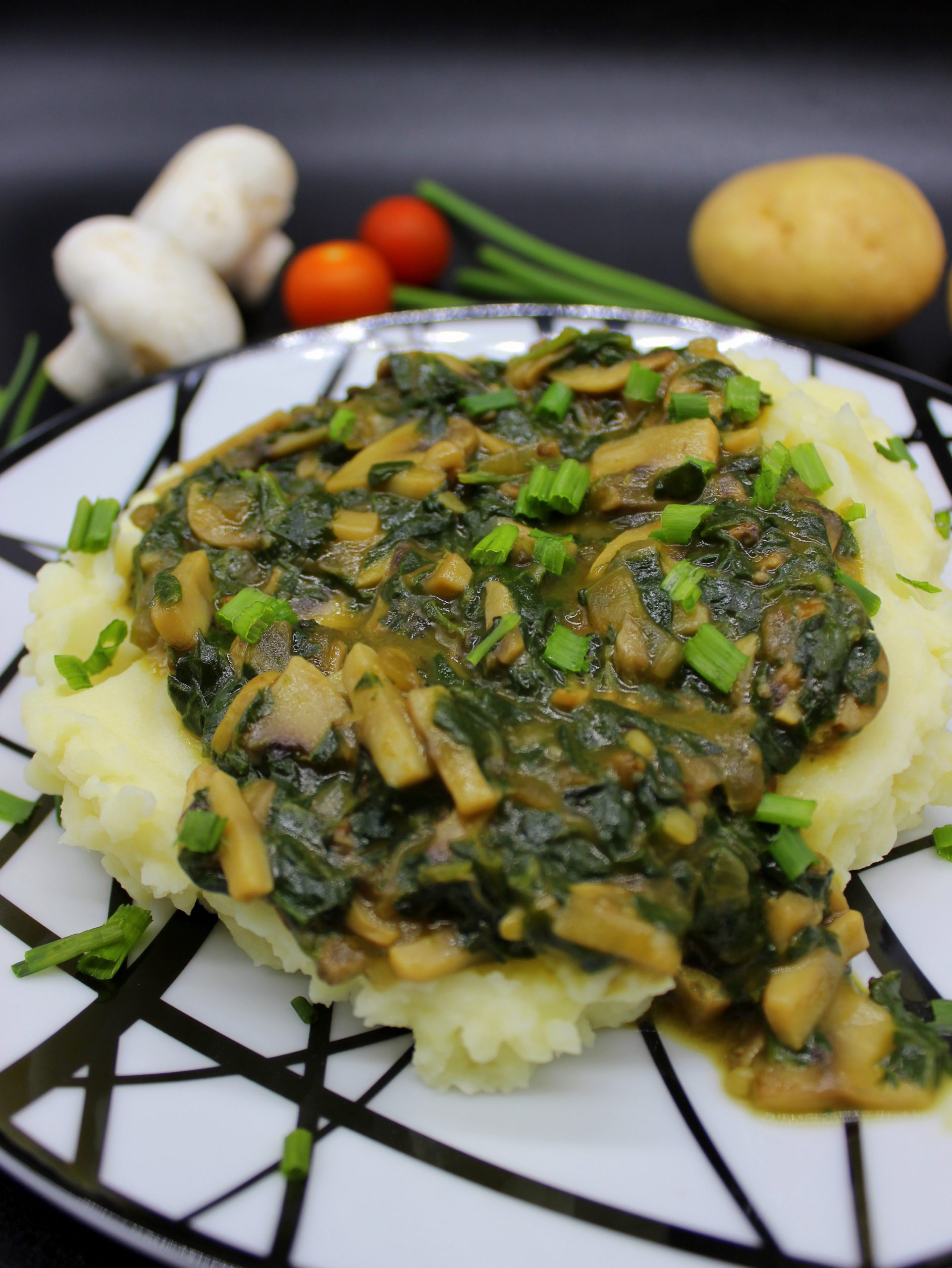 There are so many ways how to use potatoes, mushrooms, spinach and many other food products. You can make soups, stews, oven-baked goods etc. But sometimes it’s not actually necessary to work until complete exhaustion in the kitchen just to prepare something delicious and filling. Sometimes the simplest food products prepared in the easiest way can give you a divine meal. And these vegan mashed potatoes with mushroom and spinach gravy is the perfect example of it… Read more 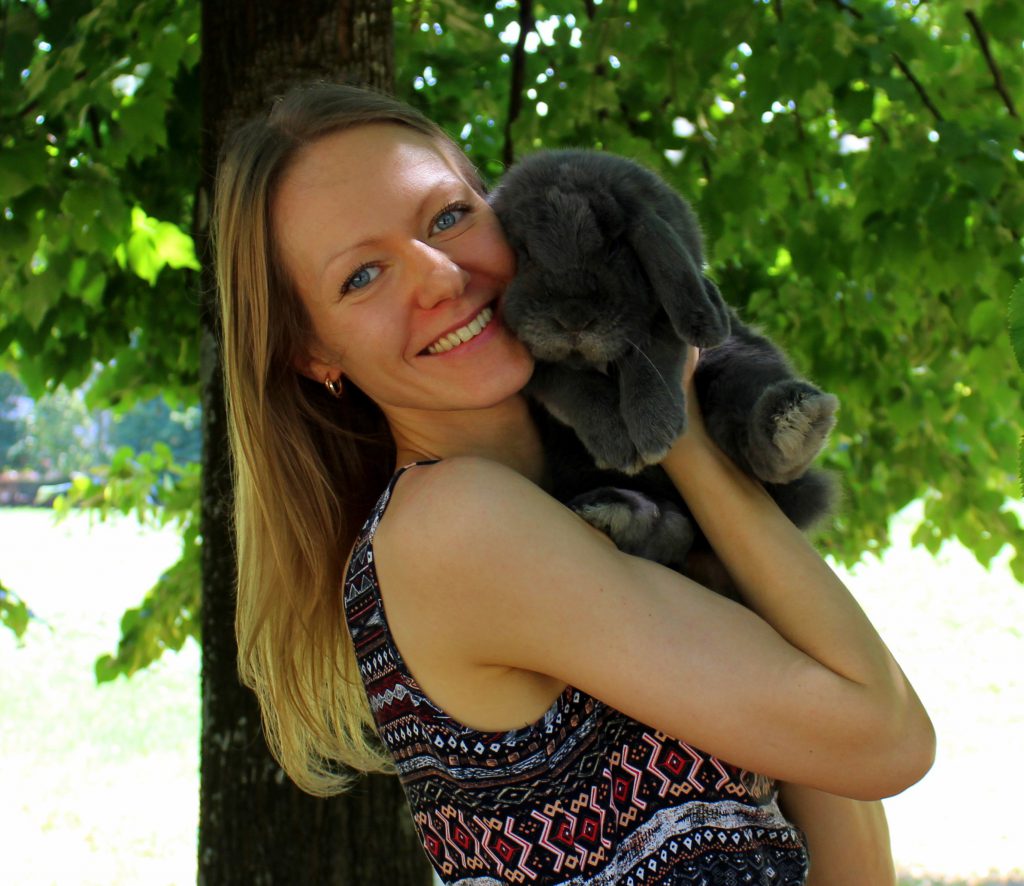 (🇺🇸, 🇮🇹, 🇱🇻) Nothing brightens u

This picture is already 7 years old, but I still r

I love to fill my body with valuable nutrients! Fo

During this quarantine period I guess my Latvian b

Made them for Easter last year and will definitely