People who are not familiar with Latvian cuisine, probably won’t understand easily what exactly yeast-free vegan seitan pies with leek are. Probably the closest comparison would be with empanadas. But basically, it’s a vegan version of a delicious snack that Latvians eat mostly around Christmas. The original version unfortunately contains animal products, but the thing that I have learned as a vegan, is that you can veganize basically everything. The only thing that you might need is a little bit of creativity! 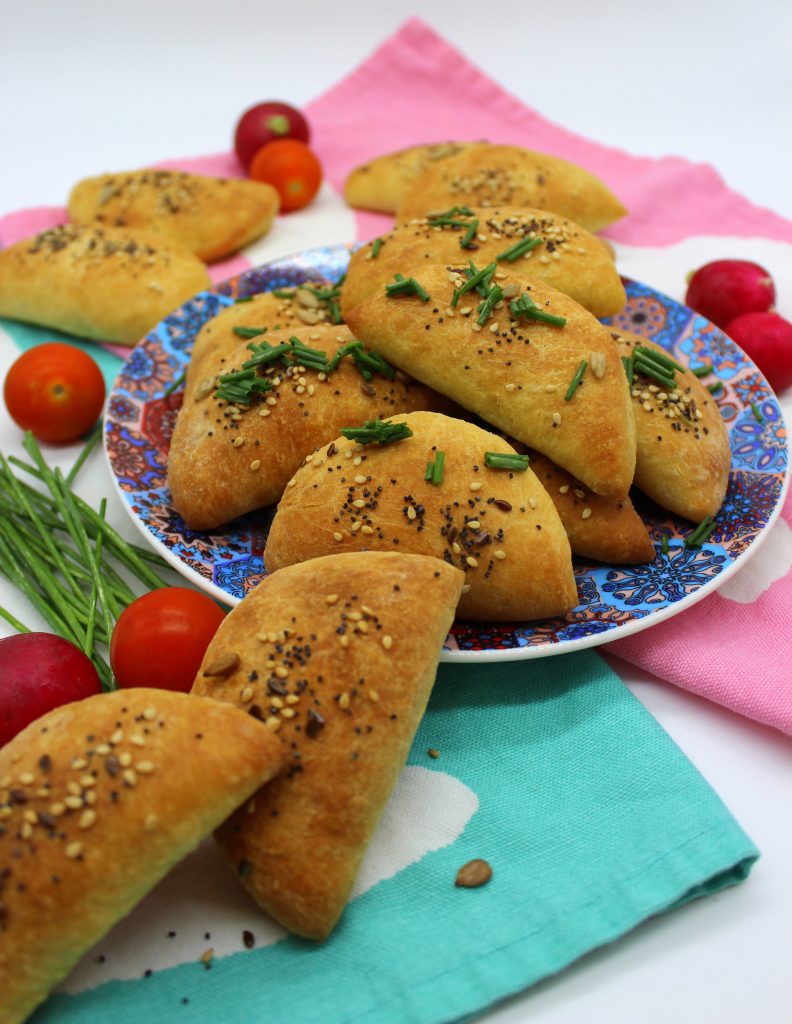 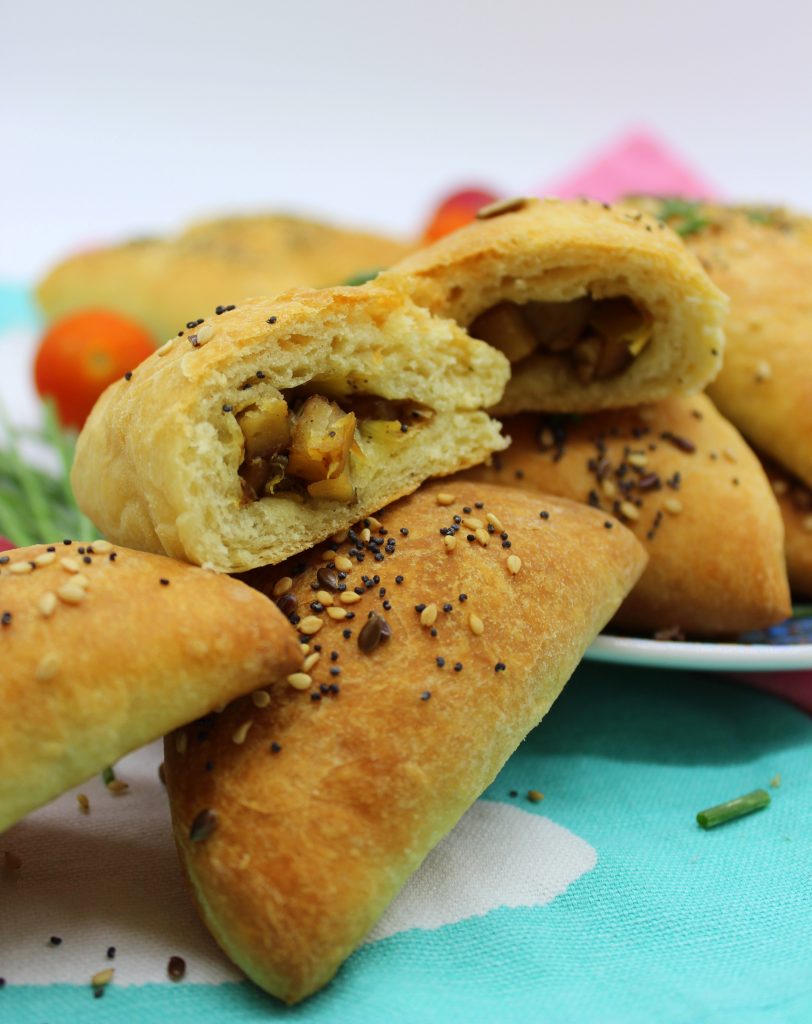 Before we dive into the recipe, it’s worth to talk a bit about seitan. A food product that might be unfamiliar not only to non-vegans, but also to some new vegans. So, in short, seitan is a food product made of wheat gluten. Vegans use it, because its flavor and texture resemble meat. And that means that it can be very useful as a meat substitute when you need to veganize a meat dish. Like in this case the yeast-free vegan seitan pies with leek. Unfortunately, seitan is not suitable for people who are allergic to gluten. But at the same time, it can be a good alternative for vegans who cannot eat soy. You can prepare seitan at home by buying the wheat gluten powder, or simply buy seitan in a food store. Nowadays it has become so popular that you shouldn’t have any problems to find it. 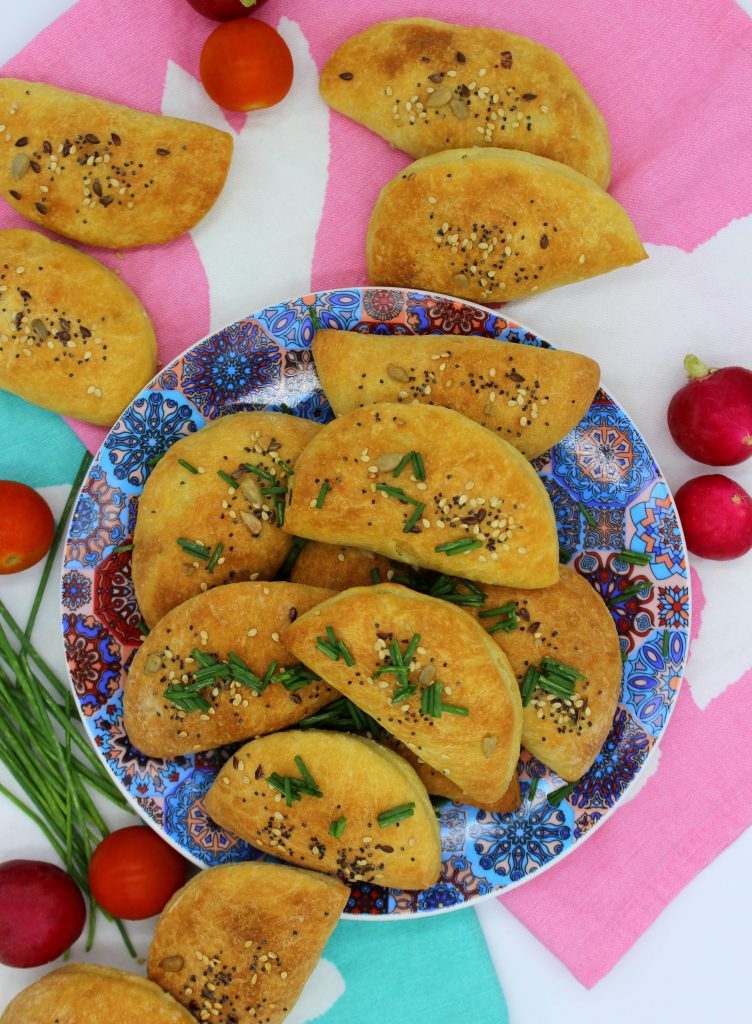 How to prepare yeast-free vegan seitan pies with leek

The preparation process of vegan seitan pies might take a bit of time, but trust me – the result is worth it! The filling of the pies is very simple – seitan, leek and spices. Seitan and leek need to be cut in tiny pieces and cooked in a frying pan together with spices of your choice. Easy, right? Equally easy is also the preparation of the dough. You just need to mix together flour, oil, water and salt. No yeast, as you probably already understood. That means that you can start to work with your dough immediately. The making of the seitan pies is simple – roll out the dough, place a teaspoon of the filling close to one of the edges, fold the dough over the filling and create a half moon form with a glass. Continue with the rest of the ingredients. 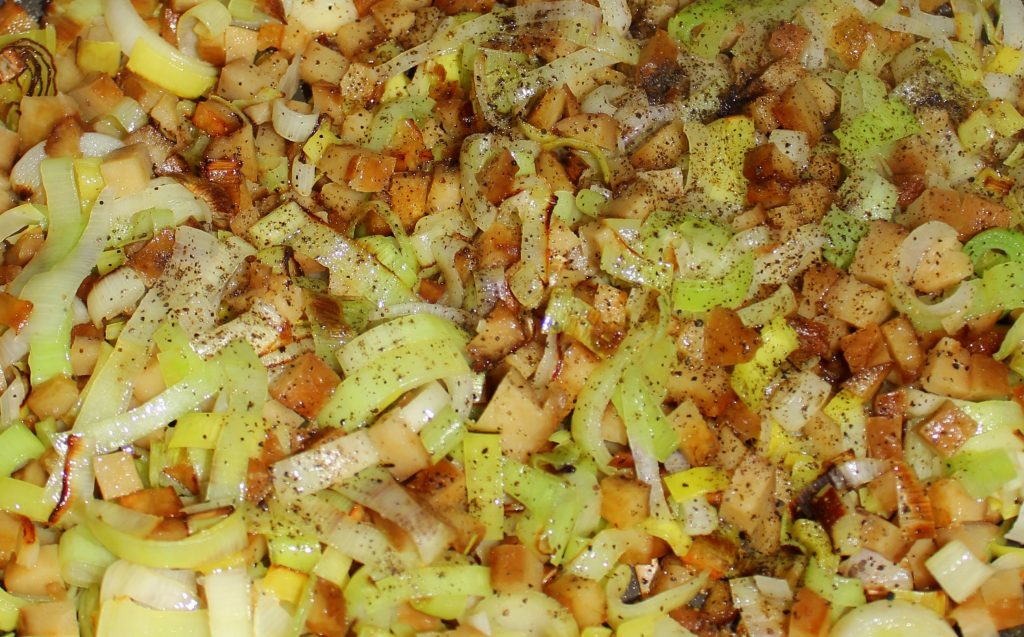 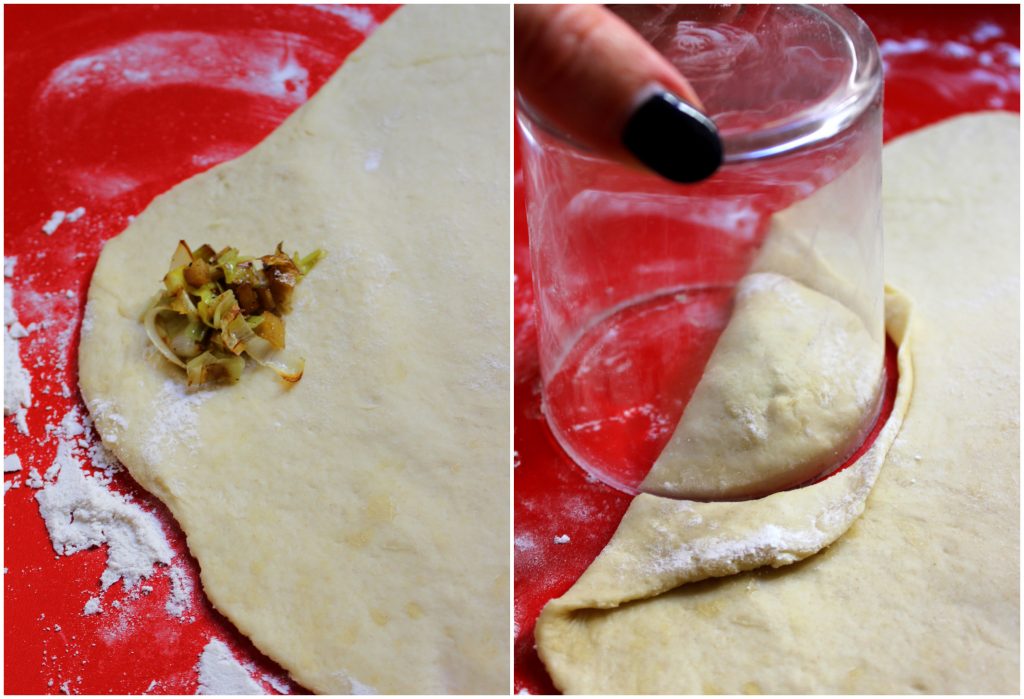 Once you have used all the dough and all the filling, brush some oil and water over the pies. If you want, sprinkle over some seeds for extra flavor. Then put seitan pies in the oven and bake until ready. And that’s it! Enjoy these yeast-free vegan seitan pies with leek as a simple snack between meals. Or follow my suggestion and eat them together with some delicious vegan soup. A great option for this can be my creamy vegan potato leek soup! 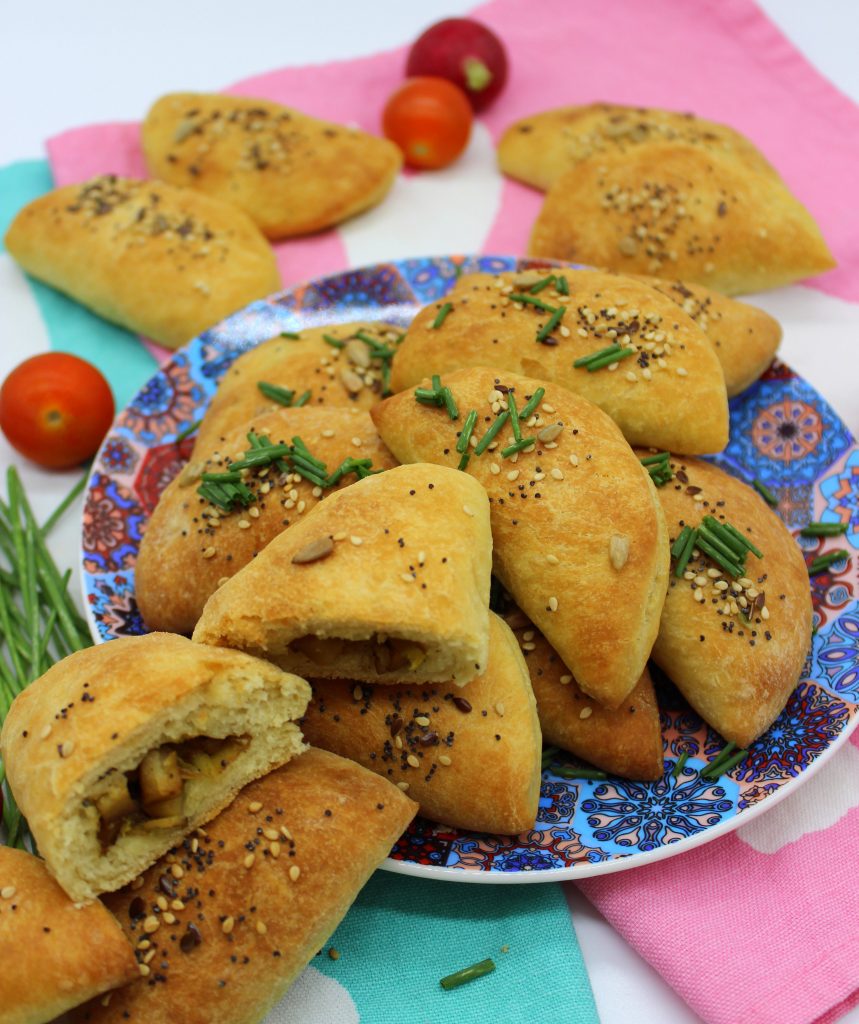 As you could’ve already imagined, Specky is against these kinds of snacks. With that I mean snacks that he cannot eat. So, in these cases I treat him with some other delicious things. For example, with a fresh and crunchy romaine lettuce leaf! 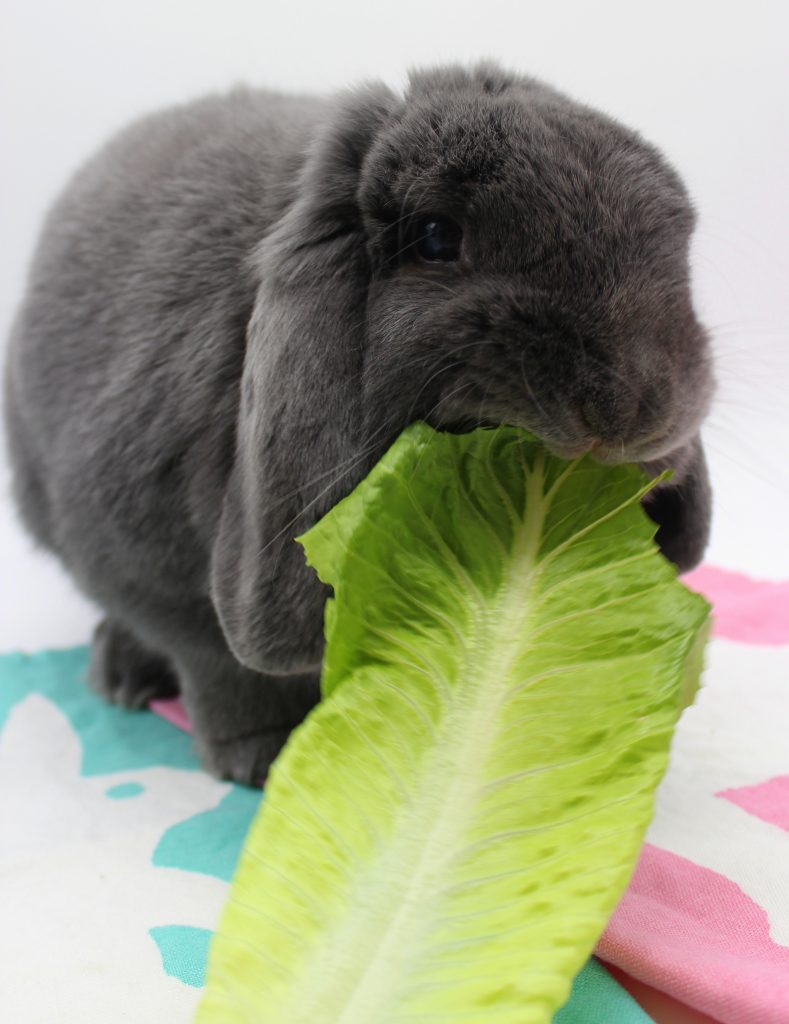 In case you have never prepared anything with seitan, but you’ve always been curious about it, this is your chance! Prepare these seitan pies with leek that are: 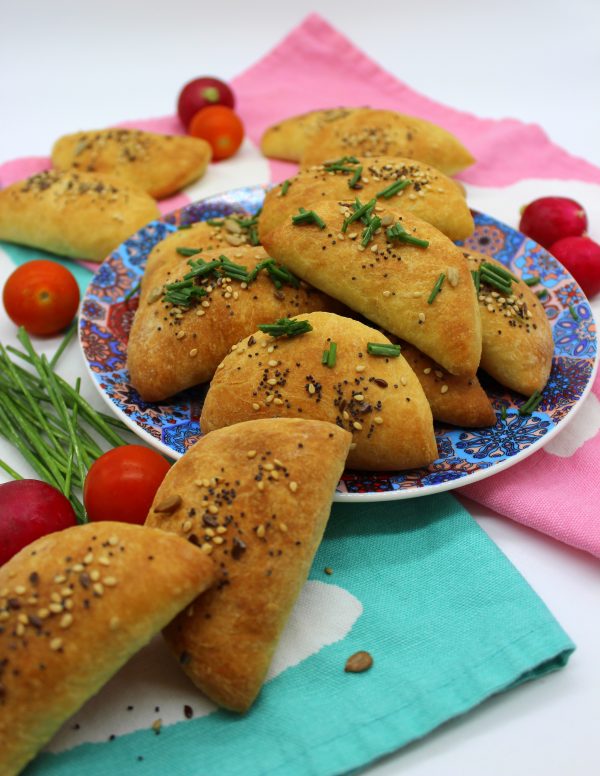 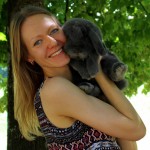